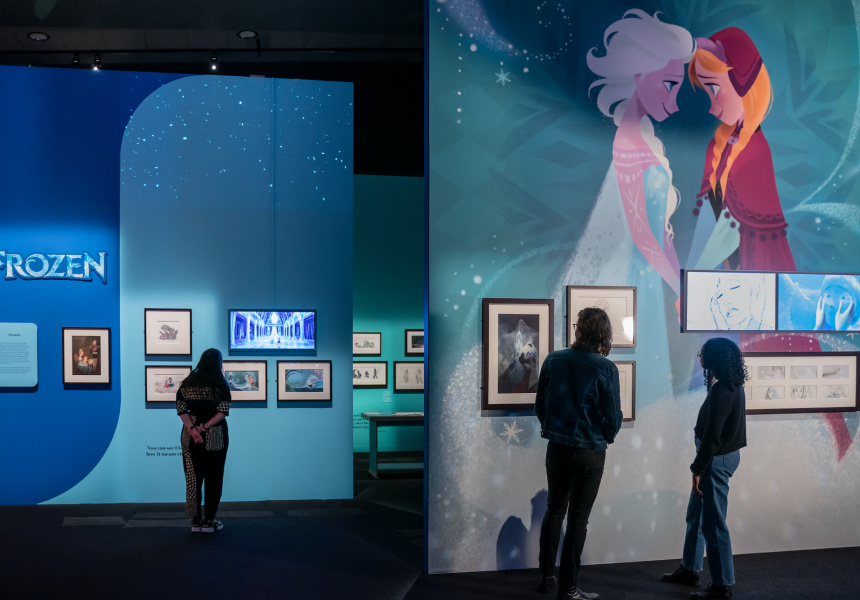 Disney: The Magic of Animation at Acmi

The Australian Centre for the Moving Image (Acmi) returned earlier this year after a two-year, $40 million renovation. And while lockdown meant one of its biggest exhibitions was closed for more than two months, the cultural institution has announced that tits season has been extended.

Acmi is reopening on Saturday October 30, with Disney: The Magic of Animation sticking around until 2022.

Get a behind-the-scenes look at the Disney universe with the exhibition’s Australian premiere, showcasing rarely seen works from the studio’s nearly 100-year history.

Explore paintings, sketches and concept art from films such as Fantasia, Frozen and the newest release Raya and the Last Dragon. The exhibition centres on the studio’s beloved characters – whether computer-generated or created with pen and paper – and uncovers how they’re brought to life through animation.

As part of the city’s Melbourne Winter Masterpiece series, more than 500 original artworks are on show – from as far back as the ’20s right through to today – pulled from the Walt Disney Animation Research Library. They've been curated from a staggering 65 million original artworks.

Broadsheet is a proud media partner of ACMI.

This article was updated on October 26 to reflect new dates. Tom Sarafian at Gray and Gray