food
Fri 30th July, 2021 – Sun 1st August, 2021
Multiple Gelato Messina locations
Price: From $16
Forty of Messina’s best and most loved specials are returning for you to enjoy at home. Curl up on the couch with pints of Robert Brownie Jr, You Cannoli Live Once, Fairy Bread, Peach Bellini and more.

Ever tried a Gelato Messina flavour you were certain was The One you wanted to spend the rest of your life with, but it was gone when you went back? The folks at Messina know our pain (yours and mine), so they’re bringing 40 of their greatest hits back for a limited time, and making it easy for you to enjoy them at home.

Over 4000 specials have made their way into Messina stores since the first one opened in Sydney’s Darlinghurst in 2002. They come in single-flavour pints, and pre-orders are available so you don’t miss out. Orders open on Monday July 26 for pick-up from July 30 to August 1. Each tub costs $16, with discounts on extra tubs. 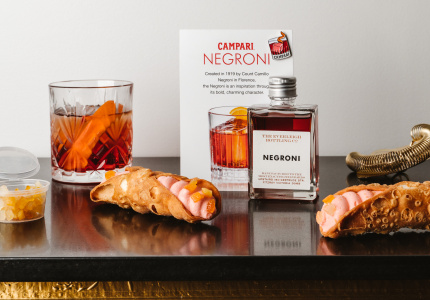